Get your free list of Unacceptable Forms of ID

Get your free list of Acceptable Forms of ID

Get your free copy of Samples of Acceptable Forms of ID 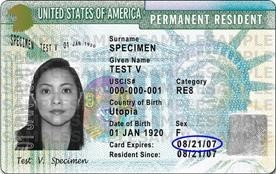 Selling alcohol to a minor (under 21 years of age) in Washington State is considered a Gross Misdemeanor. Alcohol servers with alcohol server permits should be very careful when serving "youthful" looking individuals – anyone who appears to be under the age of 30. While there are certain ID's that are considered "Acceptable Forms of ID" for age verification, the following forms of ID CANNOT be Accepted for verifying age in the State of Washington.

Any card that uses "resident" in the title of the card is unacceptable for cigarette and alcohol purchases.

Who needs a MAST permit in Washington State?

The law says anyone who serves alcohol or supervises the sale and service of alcohol for on-premises consumption is required to have a MAST permit. Based on this law Owners, managers, bartenders and servers will all need a permit. The law also includes grocery store employees or other servers who work where wine tastings are held.